Hydrogen is a light gas with a critical point of 20.3 K (-423.2 °F / -252.8 °C) above which hydrogen cannot be compressed to a liquid form. Therefore, on-board hydrogen storage has been one of the biggest challenges for hydrogen fuel cell-powered vehicles. The current commercial hydrogen fuel cell electric vehicles use high-pressure (350-700 bar) compressed hydrogen, which is a short-term solution as it faces several drawbacks such as low hydrogen volumetric capacity, demanding energy requirement for compressing, and complex fueling infrastructure requirements. Several major auto manufactures have invested in cryogenic liquid hydrogen storage technologies in which hydrogen is cooled below its boiling temperature of -252.8 °C. 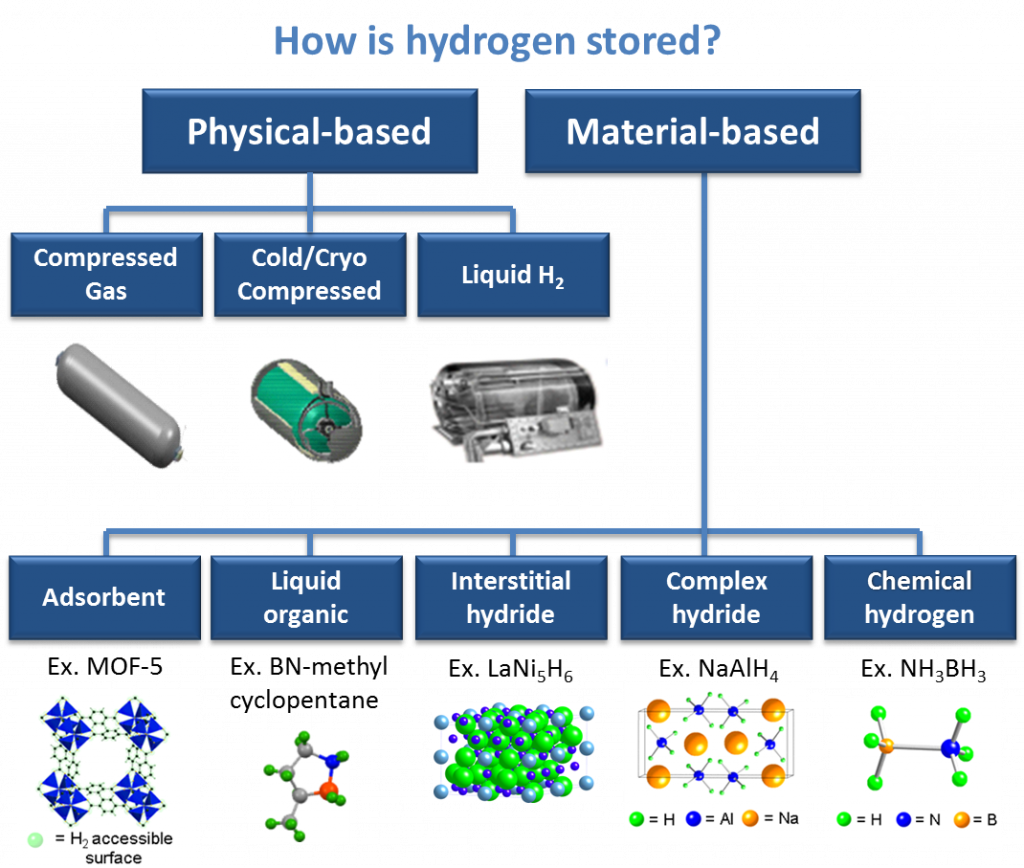 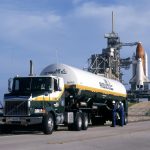 At NASA’s Kennedy Space Center (KSC) hydrogen is used for space launch vehicles. As a result, significant quantities of hydrogen are lost during the cool down of the transfer lines and from flash evaporation as the high pressure cryogenic liquid enters the low pressure dewars. Additionally, during storage, hydrogen is constantly lost because of boil off. NASA also loses hydrogen during purge operations. Prior to filling lines with liquid hydrogen, they must be precooled with liquid helium. After an operation, the residual hydrogen is purged, again with helium, in order to safe the systems. Both the hydrogen and helium in these operations are currently not recovered, leading to additional losses. Recovery of this lost hydrogen and helium could lead to substantial savings.

Complex hydrides, sometimes referred to as chemical hydrides, were previously not known to be reversible, however, R&D has shown that sodium aluminum hydride, NaAlH4, can be reversibly dehydrided. UCF researchers investigated a series of complex hydrides of aluminum and/or boron, with large hydrogen contents, a minimum of 7.7% by mass. This research was to determine the fate of the catalytic additives in order to surmise the mechanism of the catalytic actions, and to determine more promising catalysts. This project was funded by the U.S. Department of Energy 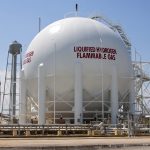 Liquid hydrogen in storage tanks must be stored at -253°C or heat leaks can cause the liquid hydrogen to vaporize and cause the tank to become over-pressurized, creating boil-off. UCF researchers modeled thermal performance of a liquid hydrogen tank at NASA’s Kennedy Space Center to simulate thermal performance of the tank with a void and investigate which solutions were feasible for future tank renovation. UCF’s hydrogen liquefaction expertise has also been applied to develop small-scale hydrogen fuel tanks to optimize the boil-off rate and minimize the weight of lightweight fuel cells in unmanned aerial vehicles (UAVs).

Synthesis of novel materials from molecular building blocks (MBBs) offers an opportunity to address the vision of layered structures since new nanostructures can be accessed via “bottom-up” approaches. Recently, applications of rigid MBBs have led to the development of a wide range of metal-organic frameworks with large accessible 3-D pores decorated with adjustable periodic organic and inorganic moieties suitable for hydrogen uptake. The project’s strategy and approach involves the development of tunable porous metal-organic frameworks for H2 storage. The results provide a basis for developing selected metal-organic frameworks as high-capacity hydrogen storage materials for onsite H2 recovery, purification and storage. This project was a cooperative effort between University of Central Florida, University of South Florida, and Los Alamos National Laboratory.

Ammonia borane (NH3BH3) complex is a chemical hydride that is stable in air and water, and contains very high hydrogen content (19.6 wt%).  Release of hydrogen in the complex can occur by either thermolysis or hydrolysis.  Thermolysis of AB generates, in addition to hydrogen, species such as borazine, monomeric aminoborane, and diborane, among others that have adverse effect on fuel cell operation.  This work presented a new process for generating hydrogen at near room temperatures by hydrolysis of AB complex using small amounts of several platinum group metal catalysts.  The kinetics of the AB hydrolysis in the presence of K2Cl6Pt catalyst was studied using in situ 11B-NMR spectroscopy.  The GC/MS analysis of the product gas showed that the amount of ammonia detected in the reactor effluent was significantly less when phosphoric acid was used as a sequestering agent. Thermal properties and conductivities of composites formed by mixing fine aluminum powder with AB complex at temperatures in the range of 300-420K. This project was funded by NASA.

For the practical usage of ammonia borane as a hydrogen storage material, three technical obstacles have to be overcome. 1) how to lower the hydrogen releasing temperature so the energy requirement can be lowered; 2) how to reduce the material foaming during hydrogen releasing. 3) how to purify the release gas so the hydrogen will meet the purity standard for fuel cell operations. FSEC collaborated with industry to develop polymer-encapsulated ammonia borane to reduce the releasing temperature and foaming. The team also developed zeolite based lightweight absorption system for the purification of hydrogen. This work was funded by Cella Energy.