Photovoltaic power systems are generally classified according to their functional and operational requirements, their component configurations, and how the equipment is connected to other power sources and electrical loads. The two principal classifications are grid-connected or utility-interactive systems and stand-alone systems. Photovoltaic systems can be designed to provide DC and/or AC power service, can operate interconnected with or independent of the utility grid, and can be connected with other energy sources and energy storage systems. 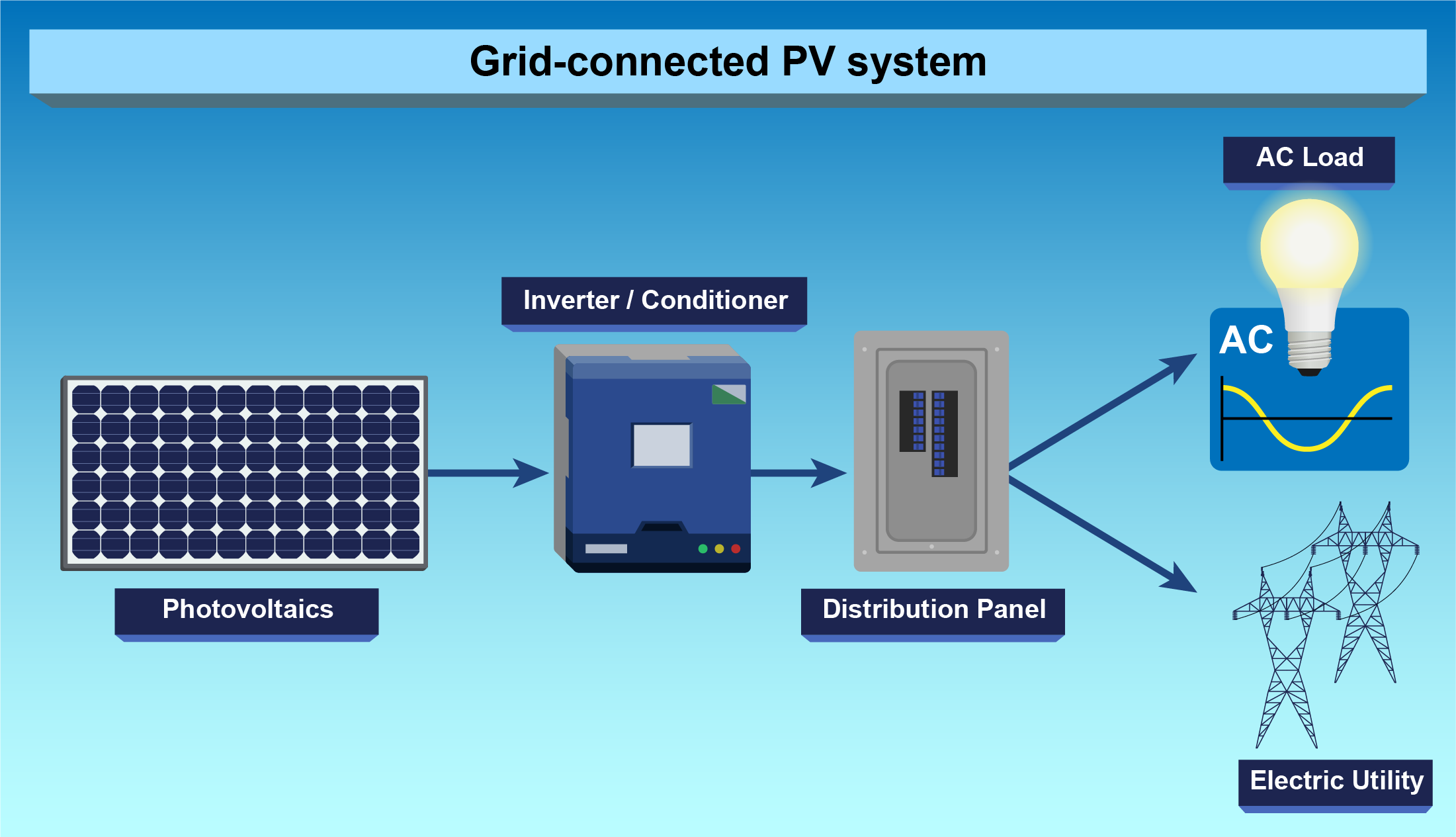 Stand-alone PV systems are designed to operate independent of the electric utility grid, and are generally designed and sized to supply certain DC and/or AC electrical loads. These types of systems may be powered by a PV array only, or may use wind, an engine-generator or utility power as an auxiliary power source in what is called a PV-hybrid system. The simplest type of stand-alone PV system is a direct-coupled system, where the DC output of a PV module or array is directly connected to a DC load (Figure 1). Since there is no electrical energy storage (batteries) in direct-coupled systems, the load only operates during sunlight hours, making these designs suitable for common applications such as ventilation fans, water pumps, and small circulation pumps for solar thermal water heating systems. Matching the impedance of the electrical load to the maximum power output of the PV array is a critical part of designing well-performing direct-coupled system. For certain loads such as positive-displacement water pumps, a type of electronic DC-DC converter, called a maximum power point tracker (MPPT), is used between the array and load to help better utilize the available array maximum power output. 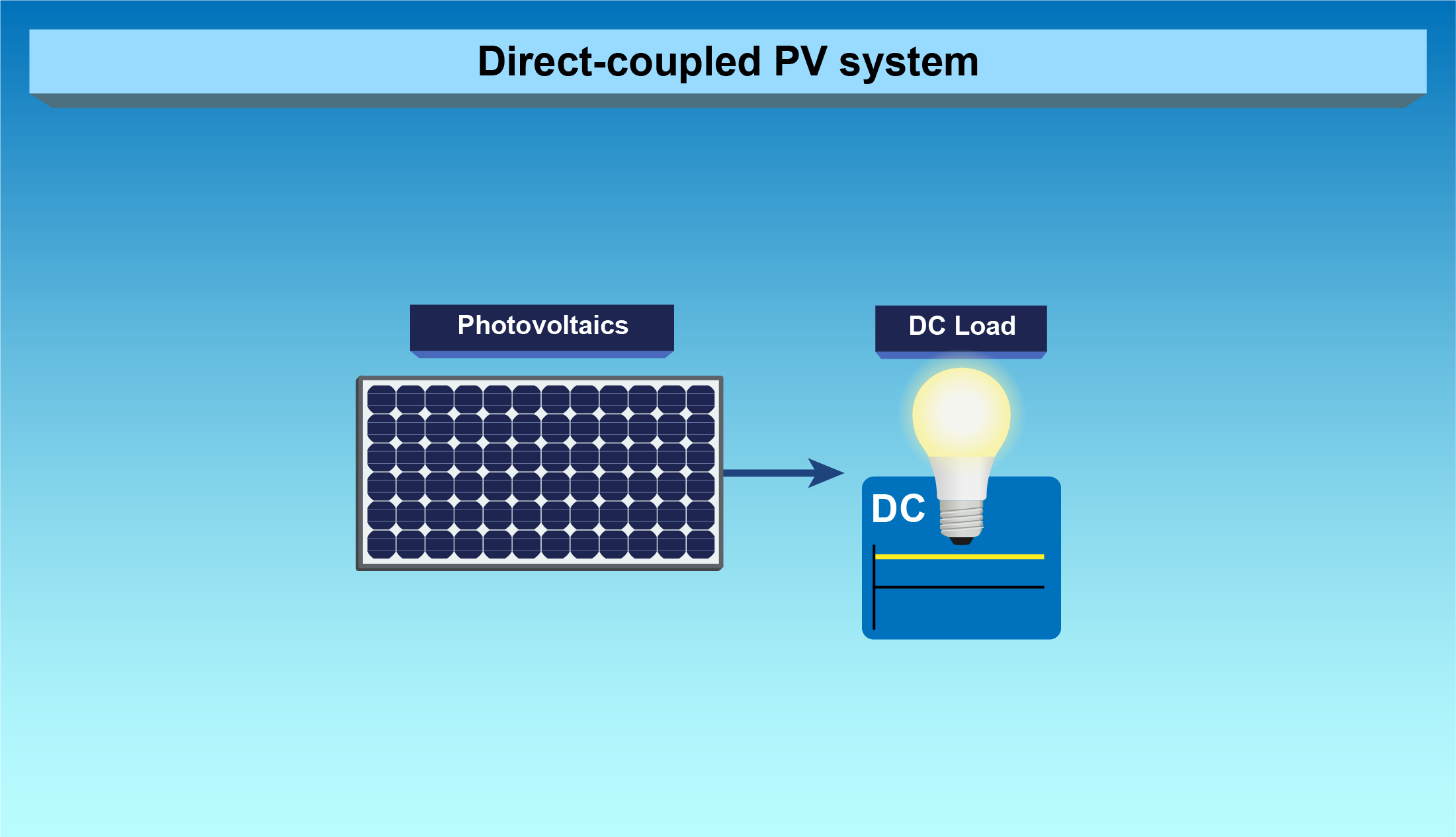 In many stand-alone PV systems, batteries are used for energy storage. The figures below show two possible configurations. 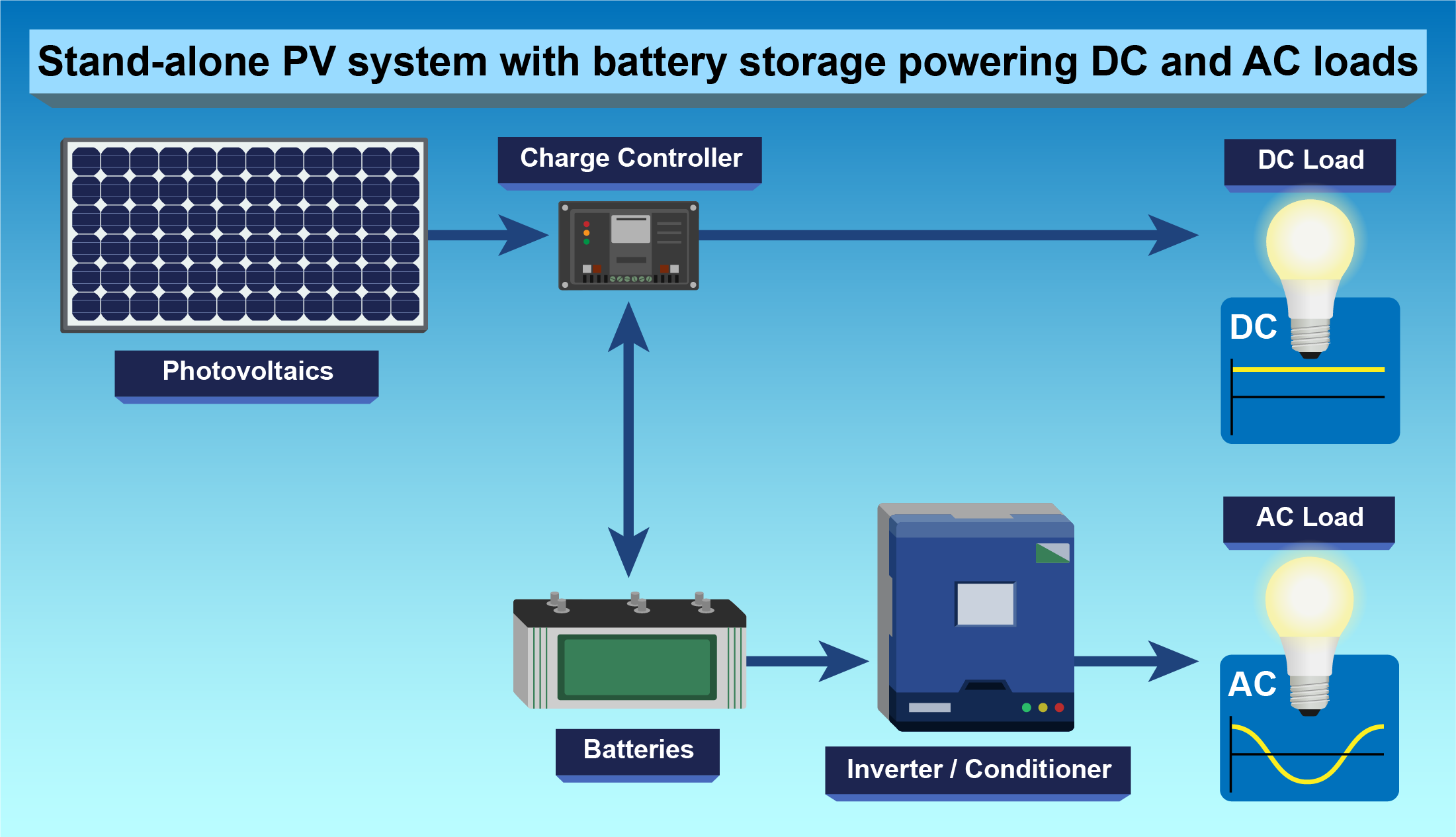